By Ana Olivia A. Tirona, Researcher

THE PHILIPPINES’ unemployment rate steadied on a monthly basis in February, but the number of jobless Filipinos increased to 3.126 million despite the gradual reopening of the economy, the Philippine Statistics Authority (PSA) reported on Thursday.

The unemployment rate stood at 6.4% in February, unchanged from the previous month’s jobless rate but smaller than the 8.8% in the same month of 2021, preliminary estimates from the agency’s latest Labor Force Survey showed.

This was the lowest share of the unemployed to the total Filipino labor force in over two years or since the 5.3% in January 2020. 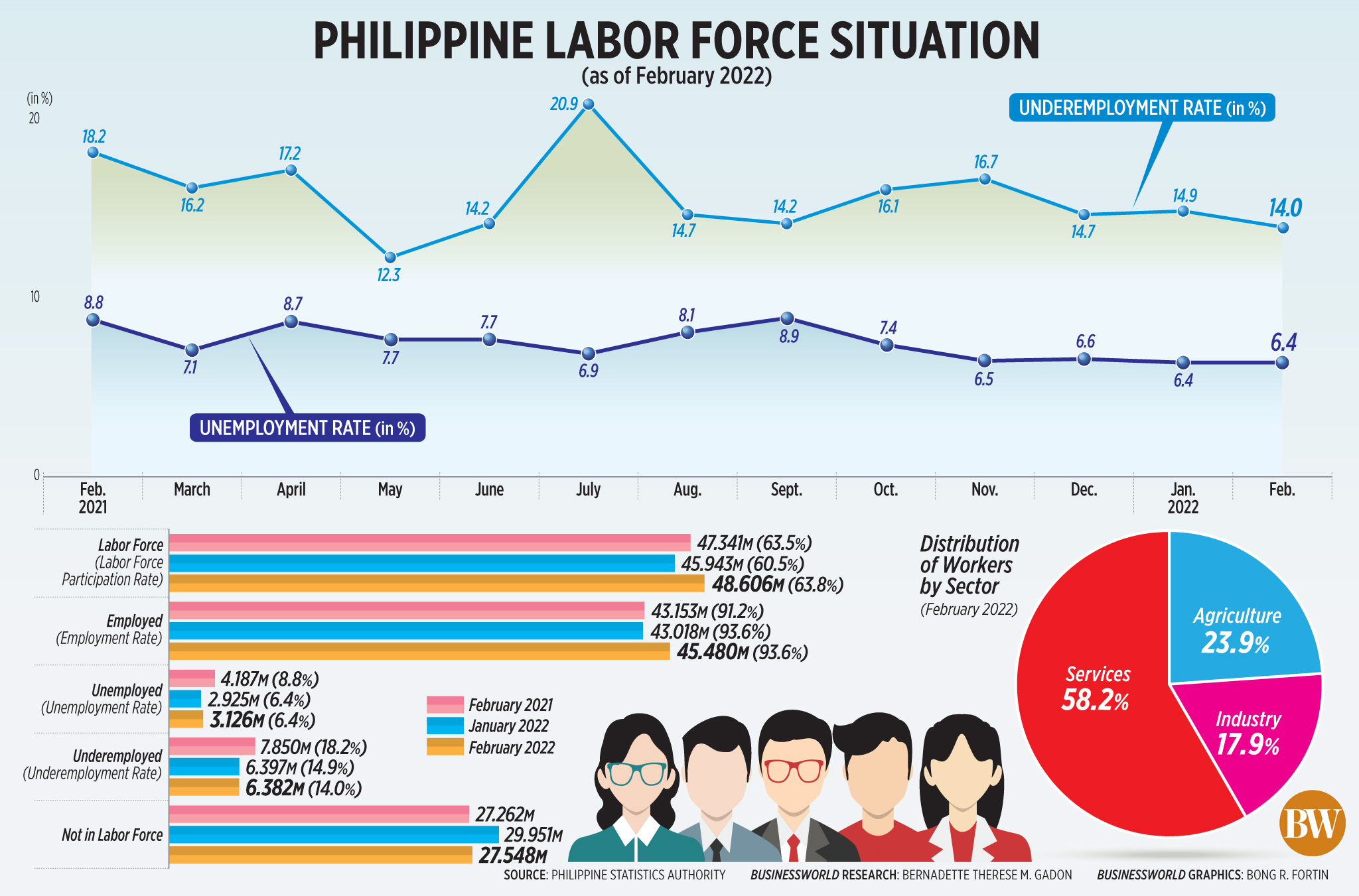 In absolute terms, the ranks of unemployed Filipinos picked up by 201,000 on a monthly basis to 3.126 million in February. This, however, was lower by 1.061 million from 4.187 million a year ago when tighter mobility restrictions were still implemented.

This translated to a labor force participation rate (LFPR) — or the share of the workforce to the total working age population — of 63.8% that month, a two-month high since the 65.1% in December last year.

After the Alert Level 1 in January, Metro Manila and other areas were placed under a more relaxed Alert Level 2 starting February as the number of coronavirus disease 2019 (COVID-19) infections declined.

“This allowed more Filipinos to rejoin the labor force. We aim to shift the entire country to Alert Level 1 to enable even more Filipinos to find work,” Socioeconomic Planning Secretary Karl Kendrick T. Chua said in a statement.

As of April 1, the National Economic and Development Authority (NEDA) said 79% of the economy is now…

Tesla Lays Off About 200 Autopilot Workers, Most of Them Hourly

CVS to remove purchase limit on Plan B pills, says sales have ‘returned to normal’

Hong Kong in limbo 25 years after British handover to China