PHILIPPINE INFLATION climbed to a six-month high in March as food, utilities, and transport costs rose due to the spike in global oil prices after Russia’s invasion of Ukraine.

Preliminary data from the Philippine Statistics Authority (PSA) showed annual headline inflation accelerated to 4% last month from 3% in February, but slightly slower than the 4.1% print in March last year.

The March inflation was fastest since the 4.2% inflation in September 2021. It matched the 4% print in October last year and the 4% median in a BusinessWorld poll conducted last week. 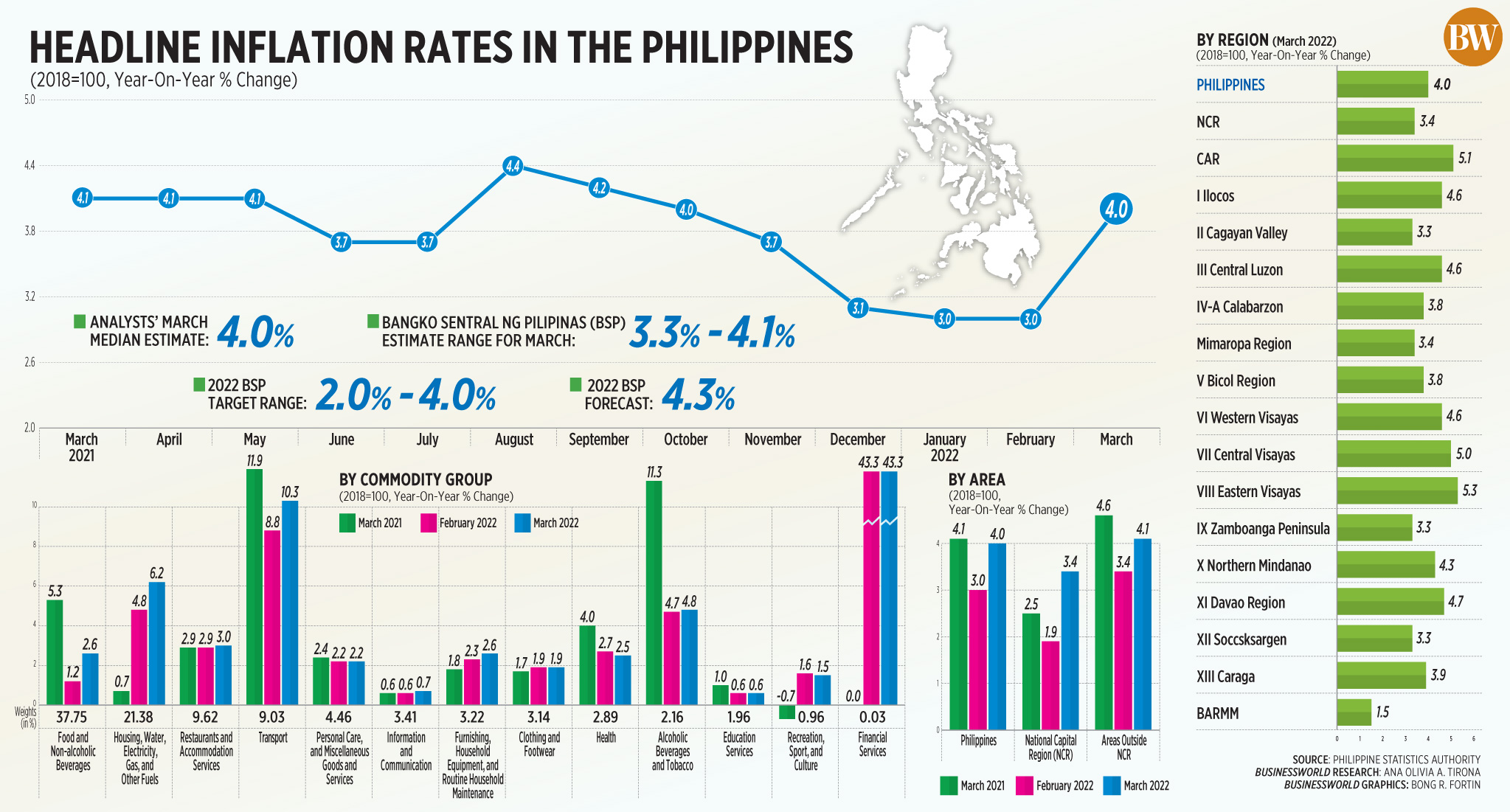 It was also near the upper end of the 3.3-4.1% forecast range of the Bangko Sentral ng Pilipinas (BSP) for March.

Inflation, meanwhile, picked up by 0.9% on a monthly basis.

For the first quarter, inflation settled at 3.4%, within the 2-4% central bank’s inflation target band for 2022 but below the full-year forecast of 4.3%.

The central bank said the average inflation this year could breach the upper end of its target band due to surge in global crude oil prices.

However, it projects that inflation will decline and settle within the target band at 3.6% by next year.

“Inflation expectations have likewise risen, but continue to be anchored to the 2-4% target band,” BSP Governor Benjamin E. Diokno said in a Viber message to reporters.

The BSP chief noted Russia’s invasion of Ukraine is now a “significant headwind” to the global economic recovery.

“Under these circumstances, the BSP will closely monitor the emerging risks to the outlook for inflation and growth, and…

Modi's new Blueprint for BJP, robust organisation unlikely to wither away for decades

Companies forced to weigh in on privacy, health care

On Broadway, One Show Decides to Keep Masks. No, It’s Not ‘Phantom.’

Chevron to remain in California, but in smaller location: WSJ