A veteran BBC correspondent has relocated from Beijing to Taiwan after a months-long pressure campaign from the Chinese government and state media, in the latest sign of deterioration in Sino-UK relations.

John Sudworth left the Chinese capital last week, just days before his visa was due to expire, according to two people familiar with the situation.

Sudworth had been issued a series of three-month or shorter visas that were renewed only at the last minute, as has been the case with other journalists whose reporting has been criticised by China’s foreign ministry and state-owned media. Most journalist visas in China are valid for one year and are renewed weeks in advance of expiry.

“In the end, this was a choice based on the constant short-term visas, last-minute renewals and the propaganda campaign targeting John,” said one person familiar with the BBC and Sudworth’s decision.

The BBC confirmed that Sudworth had relocated to Taiwan, the self-ruled island that Beijing claims as part of its sovereign territory. Many US reporters that were expelled from China last year are now based in Taipei, Taiwan’s capital.

“John’s work has exposed truths the Chinese authorities did not want the world to know,” the UK broadcaster added. “The BBC is proud of John’s award-winning reporting during his time in Beijing and he remains our China correspondent.”

The BBC’s Beijing bureau is otherwise operating as normal, staffed by other reporters and researchers.

Sudworth’s relocation was announced after The Global Times, an offshoot of the Chinese Communist party’s flagship newspaper, said he was “believed to hiding in Taiwan island” because of threats from Chinese nationals to sue the BBC for broadcasting “fake news”.

The tabloid added that Sudworth “became infamous in China for his many biased stories” on Xinjiang, the western region where the Chinese government has detained more than 1m Uyghurs and other Muslim minorities, and on Beijing’s response to the Covid-19 pandemic.

The BBC and Sudworth have been frequent targets of Chinese state media and a generation of so-called wolf warrior diplomats, who aggressively rebut what they contend to be systematically biased foreign reporting of China.

Zhao Lijian, a leading wolf warrior and foreign ministry spokesman, retweeted a comment on Wednesday that referred to the BBC as the “British Bias Corporation” and a “political puppet controlled by the British government”.

China-UK relations have deteriorated rapidly in the wake of the coronavirus pandemic, with many of the tensions focused on the countries’ radically differing media industries. 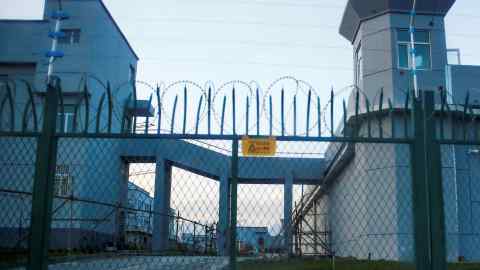 China’s foreign ministry this month summoned Dame Caroline Wilson, the UK’s ambassador in Beijing, over an allegedly “inappropriate” and “arrogant” article that defended foreign media coverage of China and was distributed over WeChat, a Chinese social media platform.

Wilson responded to the dressing down by noting that China’s ambassador in London had published more than 170 pieces in mainstream British media, many of them harshly critical of UK policies.

Ofcom, the UK’s media regulator, has also fined the international arm of China’s state broadcaster for airing the forced confession of a British national in 2013 and revoked its broadcasting licence because it is controlled by a foreign government, a breach of UK regulations.

How worried should we be about blood clots linked to AstraZeneca and J&J vaccines?

CFOs carry the weight of accountability

FTSE 100 Edges Higher Ahead Of US Earnings

5 Health Care Jobs on the Rise

PSEi up on bargain hunting, slowdown in cases