Home Charts ‘A recession will come’: Experts across Wall Street are warning of hiccups... 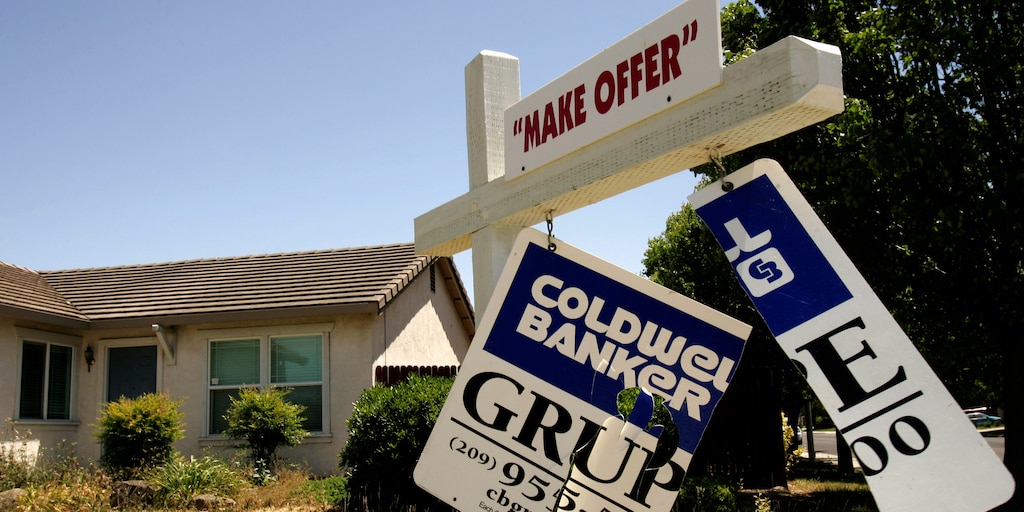 There’s a reason why Jeffrey “Bond King” Gundlach’s opinions are highly sought after within the investment community. The self-made billionaire CEO and chief investment officer of DoubleLine Capital has quite the resume.

Not only is Gundlach known for his prescient market clairvoyance — the collapse of subprime housing bubble and the election of Donald Trump, to name a few of the more recents — he’s also responsible for turning $0 to more than $150 billion assets under management in less than 10 years.

It goes without saying that no one can accurately predict the future with consistency, but Gundlach seems to have a knack for nailing big calls.

“We are battling tooth and nail the next recession,” Gundlach said in a recent interview with Yahoo Finance. “The Fed has but done — and the central banks — everything they can to avert the next recession. But a recession will come.”

To Gundlach, it’s only a matter of time before the US inevitably succumbs to a period of contraction. Global central banks can cut interest rates all they want. But in his mind, if the byproduct of that stimulus isn’t tangible economic growth, then their efforts are for naught.

Still, periods of contraction create opportunities for those who are positioned correctly — and Gundlach thinks he’s spotted a corner of the market that he can take full advantage of when the next downturn sets in.

“The next opportunity is going to be in corporate credit,” he said. “We have zombie companies that are allowed to keep going because of these artificially low interest rates — and the corporate bond market is probably significantly over-rated, which sounds a lot like subprime in 2006.”

He continued: “Some of them were rated triple-A, and they fell to 20 cents on the dollar.”

It’s an argument Gundlach has made before. Back in May, at a media and client event in New York, he said the corporate-bond market would “really have problems” once negative GDP was realized.

Some of the world’s foremost financial minds have also expressed worry in recent months. The lowest rung of investment grade credit — or BBB — was a hot topic of discussion at the Milken Institute Global Conference, which also took place in May.

“When those tip into junk, it’ll be a mess,” Scott Mather, the chief investment officer of US core strategies at Pimco, told Business Insider about BBB-rated bonds. He lamented what he called the “riskiest corporate market we’ve ever had.”

“You’ll eventually get some exogenous force that could disrupt the Fed and create additional pressure,” Jablonski he Business Insider in May. “That would lead to default coming out of the high-yield space. We’re underweight high-yield.”

Today, corporate debt levels tip the scales at more than twice the size they were in 2006.

The chart below depicts the explosive growth in corporate debt levels pre- and post-financial crisis.

Board of Governors of the Federal Reserve System (US)

Swelling corporate debt piles alone wouldn’t necessarily warrant cause for concern, but Gundlach thinks their ratings are way out of whack — and he named names.

Going beyond Gundlach and the others above, Raoul Pal, former hedge fund manager and Real Vision’s outspoken CEO, has been warning of a corporate credit induced “doom loop” for months.

“When the recession comes, there won’t be any idea of addressing these leverage ratios,” he said. “You’re going to see en masse downgradings of the investment grade corporate bond market — and trust me, when a triple-B rated bond gets dropped down to a single-B rating the price doesn’t go up.”

If Gundlach and his colleagues are right, this will lead to a massive divestiture in corporate bonds. And for that reason, he thinks an investor’s exposure to the space should be at an absolute minimum.

“That’s why you should be playing defense right now,” he concluded. “The fact that 2019 has been really good is just a better reason to play defense.”

WASHINGTON (Reuters) - There is an even balance in the share of U.S. businesses reporting decreases and increases in employment for the first...

Benchmark indices pared some of the losses after opening half a per cent lower on Monday amid weakness in global equities as...

Pursuing a career in finance, but don’t know where to start? According to Lakshmi Bhojraj ’95 MBA ’01, the Parker Center — a...